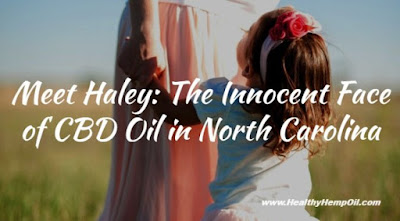 On July 16, 2015, with little fanfare, Governor Pat McCrory signed into law a bill that legalized CBD oil in North Carolina.


In that moment, the Tar Heel state joined dozens of other US states in legalizing some form of CBD oil, the substance developed from marijuana and used for the treatment of certain medical conditions.

The Governor’s signature meant that, from the 1st of August, 2015, board-certified neurologists across North Carolina could recommend CBD oils to any patient suffering from intractable epilepsy.

This was the culmination of a push to legalize CBD oil in North Carolina that really picked up the pace when Republican Representative Pat McElraft met a then-5-year-old Haley Ward, who suffers from CDKL5, a genetic disorder that can result in dozens of seizures each and every single day.

Sponsoring the bill, and naming it “Hope for Haley,” McElraft told of meeting Haley and having her heart touched. In that moment, she knew she had to do something to help.

Upon hearing of the difficulty Haley’s mother, Sherena, and parents of children suffering from similar afflictions were having in obtaining CBD oils to use in treating the seizures, Representative McElraft decided to pursue the legalization of this particular strain of medical marijuana.

Haley therefore became the face of the fight to legalize CBD oils in North Carolina.

Haley, now 8 years old, lives in a state where CBD oil is legal (albeit, with restrictions), and she is beginning to see the benefit.

Prior to legalization, Haley’s mom wanted her daughter to have the chance to take “Charlotte’s Web,”  a type of CBD oil made in Colorado and named for Charlotte Figi (who brought to light the possibility of utilizing CBD for kids). It was this fact that prompted Pat McElraft to act as she came to realize that mothers were travelling to the Centennial State, where it is legal to purchase CBD oil, and spending valuable time apart from their families when they need them most.

Now, Haley’s mom, Sherena, and mothers like her can legally purchase CBD oil in North Carolina. And this has made a world of difference to young Haley.
However, finding the correct product and dosage was not as straightforward as Sherena might have hoped.

In an update given to WBTV’s Molly Grantham, she told of the trial and error in finding the CBD oil that worked best for her daughter.

As a brief overview, Haley was started on the pharmaceutical version called Epidiolex (as recommended by the original state law). This was a trial drug with artificial flavoring. Unfortunately, the flavoring did not agree with Haley, and she became quite unwell.

Sherena took Haley off this version after only five days. She then tried Charlotte’s Web.

Before this, Haley was experiencing around ten seizures per day. After taking Charlotte’s Web, she was down to around 40 for the week.

However, Sherena felt there was still improvements to be had, and so, after a period of research, she began Haley on Palmetto Harmony CBD oil, made by a company in neighboring South Carolina. This brought Haley down to only two seizures per week.

The seizures then increased once more, primarily because the oil had began to build up in Haley’s body. After altering the dosages, Haley was back on track once again.

So, What Is CBD Anyway?

CBD is the shorthand for Cannabidiol, a natural substance extracted and separated from specific varieties of cannabis, often known as hemp.
Unlike the most abundant and perhaps best known constituent of cannabis, the cannabinoid known as THC (which has psychoactive effects), CBD does not get its users “high.”

And, while its benefits seem to aid children like Haley with certain disorders, it should be noted that there are still gaps in what we know and understand about its effects. The substance is safe and legal, yet its precise health benefits are still up for debate and are generating a great deal of research.

As touched upon earlier, the legal status of medical marijuana and CBD oil in North Carolina can perhaps be described as complicated.

In 2014, Governor McCrory signed the North Carolina Epilepsy Alternative Treatment Act into law. This was subsequently amended a year later to ensure neurologists no longer needed to be affiliated with a pilot study in order to recommend the use of hemp extract for epilepsy treatment. It also redefined “hemp extract” to adjust the percentage requirements for certain cannabinoids.
The Act, as amended, will ensure individuals with intractable epilepsy will be exempt from criminal penalties for using and possessing hemp products that contain at least 5% CBD and less than 0.9% THC, provided it has been approved by a neurologist affiliated with one or more hospitals in the state.

The Act does not, however, allow the in-state production of hemp extracts and states that the hemp extract must be acquired from another jurisdiction – that is to say, patients must cross state lines to a state where medical marijuana is legal in order to purchase a CBD oil product from a dispensary.

As it stands, the Marijuana Policy Project does not class North Carolina as a medical marijuana state due to the restrictions currently in place.

And, while the law has allowed minors, such as young Haley Ward, to avail themselves of the benefits of CBD oils, it is not yet the ideal solution many had hoped for.

To give you an idea of the complicated nature of the law, this is typically what lies in wait for NC’s epilepsy patients and their families who wish to try CBD oil in North Carolina:
All in all, this is an incredibly costly endeavour, filled with hassle and stress for the caregiver. And traveling to another state and back could also mean being in breach of the laws of states through which the caregiver would have to travel.
For North Carolina, “Hope for Haley” was a good start. But there’s still a long way to go.